We all know that the best way to sell your business to prospective clients is to show what makes your company unique. But it’s a little harder to know how to get this across. Sure, you could name your company ‘Big Cabbages’, have a giant cabbage installed on the roof of your office and you’d probably stand out from everyone else. But is this the best way to be unique? (As a side note, we’d like to […]

Introducing Our New Melbourne Soundproof Studio: Book Your Next Project Today At The Jasper Picture Company, we are proud to announce the launch of our brand new Melbourne soundproof studio. While our team has always provided high-quality video production in Melbourne, we’ve expanded our offering to meet our client’s needs and offer a new way to step up your marketing and engagement with customers and staff. In this article, we’ll cover everything you need to […]

Picture this: it’s February 2021, and you’ve just been told that the biggest TV show of the year will be a Korean drama by the name of Squid Game. Would you have believed it? Well, with most of the team here at The Jasper Picture Company coming out of lockdown, we’ve had a whole lot of time for what has to be one of the most gripping TV series to come out in recent years. […]

The sun is out and the weather is getting warmer. People are walking up and down the streets of Melbourne with a smile – a grin, even – on their faces. Christmas ads are showing on TV and the usual songs seem catchier than usual. You can feel something is different. What exactly is going on?  To the delight of almost everyone in the state, Melbourne is coming out of lockdown – for real this […]

As Melbourne prepares to leave lockdown, it might seem challenging to know how to navigate your marketing messages for your non-profit or business moving forward. What do you say? How do you navigate this new normal? How has marketing become redefined post-lockdown? Understanding these questions and considering what your business or non-profit needs during this time is critical to ensuring your business has the right message moving forward. If you’re unsure where to start with […]

Colour is everywhere all the time, and like many things that are everywhere, it’s easy to forget just how much of what we perceive is based on colour. Most of us will remember a point in time when our English teachers tried to show us how colour is used by authors and directors with obvious examples. “The curtains were blue because the main character was sad”, or something along those lines, was a standard line. […]

Sometime during the 2000s, there was a point where cameras and internet access were attached to so many phones they became ubiquitous. It’s hard to point out exactly when, but the smartphone really did seem to bring the whole world into the palm of your hand. Suddenly, it felt like, everyone had the means to self-expression online. There’s been much said about this but its impact on film, and on how we film, is still […]

By Matt Jasper While Melbourne is currently under lockdown, it won’t always stay this way forever. In fact, when Melbourne reaches 70% first dose of vaccination, the government will start to allow teams of five people to go in and live stream events in entertainment venues, which means that acts from live music to comedy events can be live-streamed for your audience with a professional video production team! These events are not only a great […]

Buckle up besties, it’s time for International Youth Day!! Alright, so maybe the team at The Jasper Picture Company should leave the slang to the kids. Fine by us, we’ve got plenty more hip-young things to talk about. Film has moved far beyond the traditional 90 minutes in a cinema, thanks to innovation and a certain pandemic. Today’s top under-30 filmmakers are YouTube stars, savvy with social media and capable of jumping from trend to […] 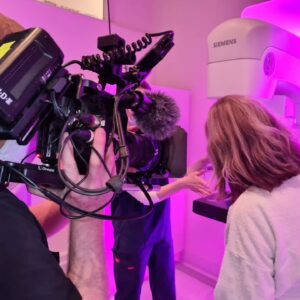 What Is the Job of Each Member of a Video Production Company? In a video production company, there is a wide range of people who work together to make your finished product. Every member has an important job, and usually, one or more members will be in charge of each task. This post will break down what each person does and how it impacts the final delivered product. Videographer/Camera Operator The videographer’s job is to […]